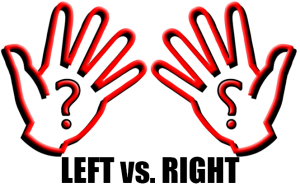 Lefties make up 10 to 12 percent of the population. In the golfing world, industry experts say, left-handed golfers make up about 5 to 7 percent of the North American market. Golf pros estimate that number being an average of 1 out of every 30 players are left handed.

So why are there so few left-handed golfers?

There are several answers, from a lack of equipment to parents, coaches and pros encouraging young players to switch to the right side. Some lefties even feel the courses themselves are biased against them.

Manufacturing reps acknowledge that left-handed equipment has been scarce until recent years, which has affected on which side of the ball players stand. Rather than a case of demand creating supply, it has been a bottom-line approach of supply creating demand.

“Until [PGA star] Phil Mickelson came along in the 1990s, it was still hard to find a good variety of clubs,” said Stratton, who has two left-handed golf-playing sons. “It’s evened up a lot since then, and now there are tremendous selections for us, though every once in a while you’ll find some new innovation and it’ll say for right-handers only.”

TaylorMade, unlike other major manufacturers, has one set of clubs available exclusively for left in its 713 PM irons, designed by Mickelson. The company also has Weir in its stable of star endorsees.

In fact, manufacturers estimate the percentage of left-handed golfers among women — about 3 percent — is notably less than the numbers for men.

So does being a left handed player put you at a disadvantage of your golf game?

Being a left handed golfer used to mark you out, and left handed players and golf clubs are abundant now, however most golf courses continue to be designed for right handed play.

Modern consensus appears to lean towards the fact that it doesn’t matter much if you are a left handed golfer or right handed golfer. “I don’t think there’s much difference between playing right-handed or left,” said TJ Balhon (Assistant general manager of the Diamond Bar Golf Course, LA, California).

Even course layout seems to not affect a golfer’s opportunity of being great at the game. That doesn’t mean you can’t be an extremely great left handed golfer. Based on figures, about 12 percent of golfers are left handed, and six of the professionals on the PGA Tour are lefties.

Since the overwhelming majority of golfers tend to slice their drives — or hit it left-to-right — many public courses put more out-of-bounds’ hazards on the left side to keep play moving. This, of course, is exactly where left-handers who slice end up hitting their shots.

“I’ve heard all that stuff and, no matter what, an architect is always going to consider who’ll be golfing the course when he’s designing it,” said KemperSports Management Vice President Josh Lesnik, whose Northbrook-based firm builds and manages more than 70 courses nationwide. “I guess I’ve observed slightly more hazards on the left side, but I think it’s evened itself out with all the new courses being built over the past years.”

New Zealander Bob Charles was the first left-handed player to win on the PGA tour, taking the Houston Open in 1963, and he became the first to win a major, taking the British Open the same year.

But it is Mickelson, one of only four players to win at least a dozen PGA events in the ’90s, who’s the hero for most lefties. He is one of a half-dozen or so players swinging from that side of the ball on the PGA tour today.

For reasons unknown, Canada has more left handed golfers and in the United States. About 30 percent of the players in Canada are left handed, including Mike Weir.

In conclusion there is not an advantage to be a right handed golfer versus a left handed golfer as you can be great using either hand. The courses and the clubs will not make a difference in your game. It is up to the golfer to perform under pressure and play the best game they can play.

Therefore if you plan to go golfing and don’t know which way you swing a golf club make sure you practice and try both ways to find out what is more comfortable for you. Once you find which feels the best for you, you should make sure to stick with that hand for going.

Are you a lefty or a righty?

Think about which side of the plate you swing a baseball bat from. You will probably most comfortable swinging a golf club from the same side of the ball. As a right-handed hitter, or golfer, you will stand to the left of the plate or ball with your left hand at the bottom of the bat or club.

A good start to figuring out which hand is dominant when swinging a golf club is to evaluate other parts of your life. Determine which hand you hold your fork with and which had your write with.

Often times, this dominant hand will be the same as the dominant hand used for playing golf. This is not always a perfect measure, though. Think about which side of the plate you swing a baseball bat from. You will probably most comfortable swinging a golf club from the same side of the ball.

As a right-handed hitter, or golfer, you will stand to the left of the plate or ball with your left hand at the bottom of the bat or club. The opposite is true if you are a lefty.

The best way to determine which hand is dominant when playing golf is to go out and practice swinging a club. Go to a driving range with a right and left handed club and practice hitting the ball.
As a beginner, swinging the club might be awkward from both sides, but one side should feel smoother and more natural than the other. Get into a proper golf stance with your feet a little more than shoulder width apart and the ball just slightly closer to your front foot. Take your backswing, the swing forward, connect with the ball and follow through. After a few tries, it should be clear which side is dominant.

Buy or rent appropriate golf clubs. Clubs are made specifically for right-handed or left-handed players and will be backward if you purchase the wrong set.
As a beginner, it is best to find a place that will rent clubs to you. Most golf courses have rental sets. You can buy cheap used sets from stores like Play It Again Sports or by ordering online at a site like ebay.com.
Lefty golfers: The proud and the few