MASTERS CHAMP OUT FOR YEAR 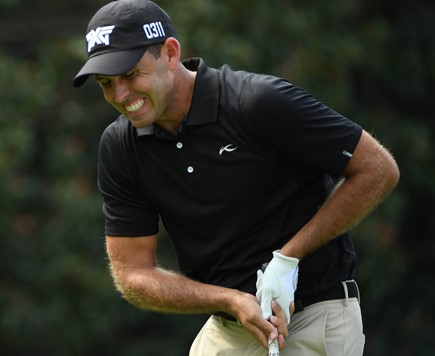 On June 9, Charl Schwartzel announced that he’ll be sidelined for the foreseeable future. A future that likely includes the Presidents Cup. The Masters champ said he’ll miss the rest of 2019 due to a wrist injury. The ailment kept Schwartzel from playing in the PGA Championship and U.S. Open sectional qualifying. “I’ve been forced, due to my wrist injury to take the remainder of the season off to give my wrist time to rest and heal,” Schwartzel said in a statement on Twitter. “It’s very frustrating but with a long career still ahead of me, I will get this fixed and I look forward to the come back.” This campaign has been one of the worst in the 34-year-old’s career. Two years ago he ranked 16 in the world, today he ranks 173rd on the FedEx Cup standings.

LEXI’S MAKING HER WAY BACK 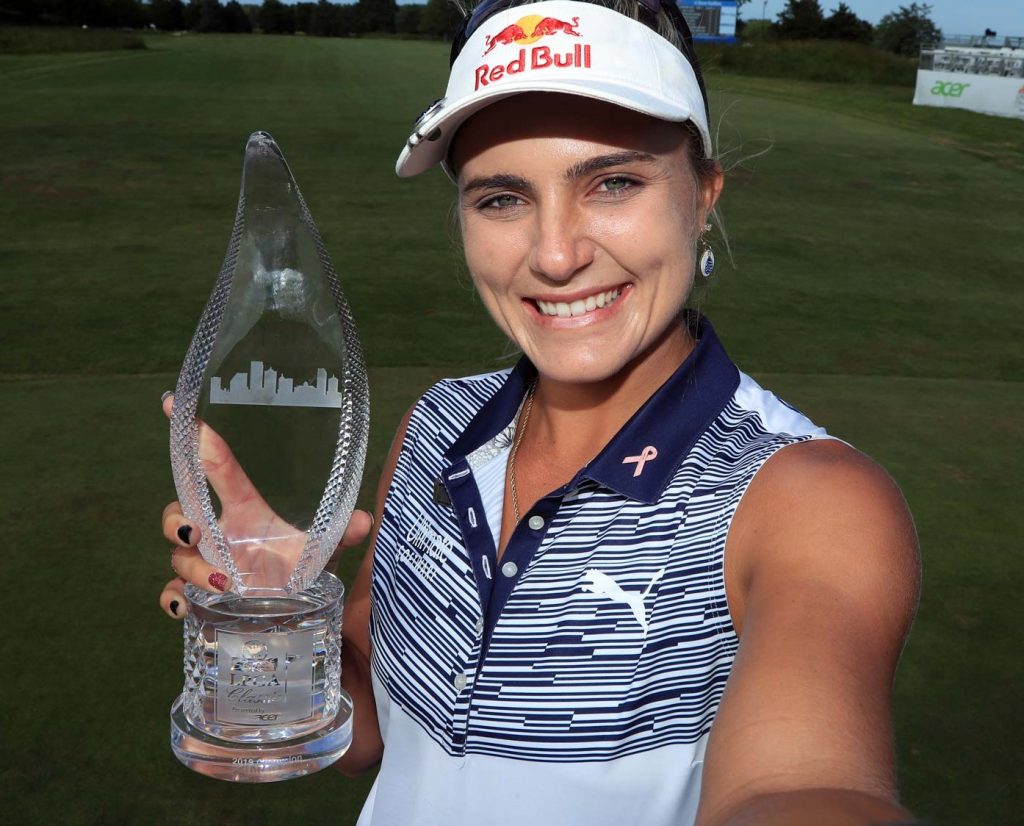 24 year old, Lexi Thompson, made a come back at the Stockton Seaview Hotel and Golf Club where she eagled the final hole to win the ShopRite LPGA Classic by one over U.S. Women’s Open champion, Jeongeun Lee6. Thompson first made her professional debut nine years ago at this very same event. It is Thompson’s 11th career victory on the LPGA, and first since the 2018. With three top-five finishes in her last five starts, there’s a newfound conviction, and comfort, in Thompson’s game. “Obviously we’re all human,” Thompson said. “We have emotions. We feel sad, depressed and everything with going through those things, but you have to be strong enough to get through things, and I think that’s the most important thing to have the support team around you, the family, the friends, just to keep on picking you up and be there for you, and I think that’s what helped me out the most.” 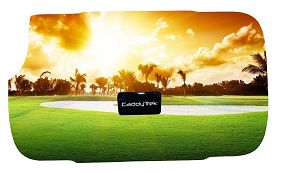 Thank you to everyone that took the time to vote for CaddyTrek’s next lid design. The winner with most votes was “Sunrise” followed by Sunset. We will have this in stock the end of June. Order one early!

THE DEBATE OVER THE FLAGSTICK…

Whether in or out is the best way to putt 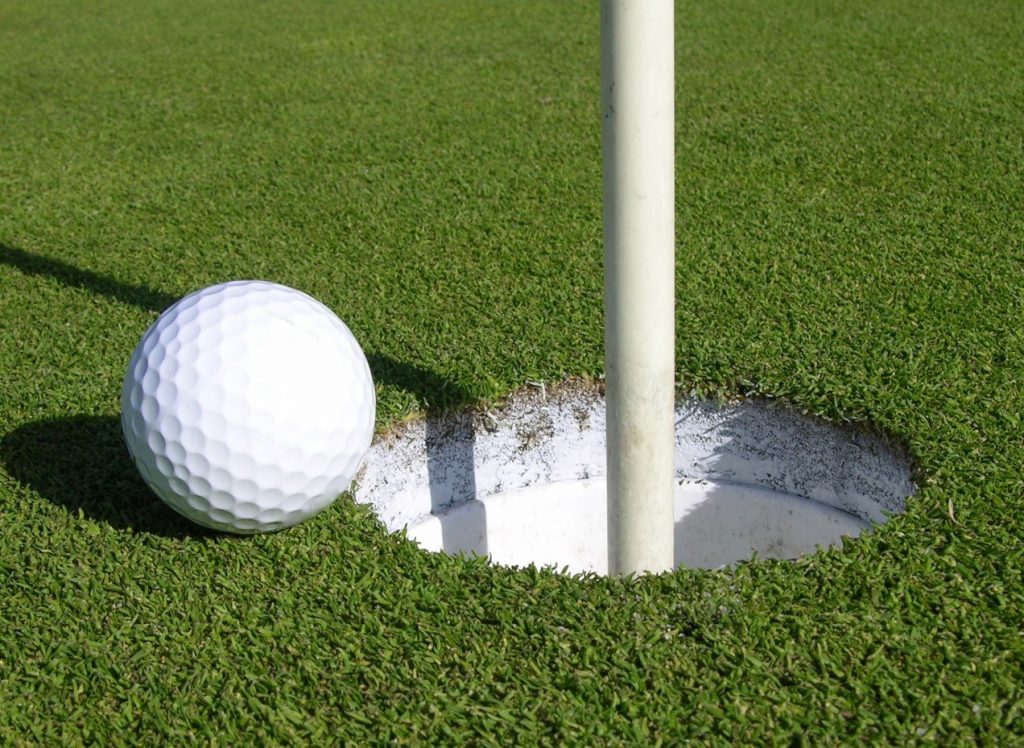 In an effort to answer the debate over the flagstick and whether in or out is the best way to putt, especially when you say that not only is leaving the flagstick in questionable, it’s no benefit for 99.9 percent of putts. But this conclusion is not made lightly. This is why Golf Digest put it in the hands of a Ph.D. Tom Mase, professor of mechanical engineering and former associate chair of the department of mechanical engineering at California Polytechnic State University (Cal Poly). This was no amateur golf scientist. He’s been on the vanguard of golf equipment research for much of his 30-plus years in academia, as well as stints at both Callaway and Titleist and as an original and long-time member of the Golf Digest Hot List Technical Advisory Panel. His research on the value of leaving the flagstick in was precise, painstaking and perfectly clear. His findings upend the conventional wisdom that the flagstick is some kind of backstop, gathering wayward putts back into the hole. The facts of his study suggest the opposite, that the flagstick does much, much more to hurt your chances of a putt going in than help turn a bad putt into a made one. To continue reading, click here. 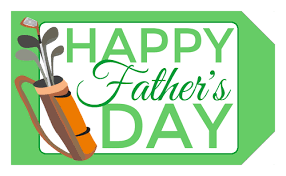 Dads love golf. It’s a scientific fact. Let’s take a look back down memory lane at the some of the greatest dad moments in PGA Tour history. From Jack’s iconic ’86 Masters run with Jackie on the bag to Tiger’s 2019 triumph, may this serve as a reminder Father’s Day is on June 15, 2019. Take your dad out for a round of golf and enjoy being outside with each other. Click here to see the best dad moments in PGA Tour History.

GOLF WILL NEVER BE THE SAME 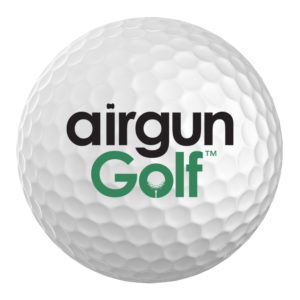 Take a whole new swing at the game of golf with Airgun Golf™ exploding golf ball targets! These specially designed golf balls explode upon impact and emit a harmless powder – letting you know you’ve got a hole in one. Whether it’s a back nine brawl among buddies or a long-range shootout over hundreds of yards – Airgun Golf™ will up your accuracy game. Simply load up your airgun and take your best shot! No long irons needed. AIRGUN GOLF™ GAMES Caddy Hack The caddy keeps picking a different gun for each hole! Think you can still beat your opponent? Putt Putt Plink Approach the “hole” of this game carefully! Knock down two targets before you can take a shot at the “hole.” MulliGUN You won’t want to miss a shot in this game! If you do, use a MulliGUN and get a second chance at making the shot.

CaddyBags are 50% OFF! Or get it FREE when you purchase a CaddyTrek.